Last weekend I went to my third Spring Carnival as a Carnegie Mellon University Alumnae. Just like last year, Friday was sunny and clear while Saturday was cold and rainy. I spent Friday morning at the Buggy race where I shot a short film for Syncopated Pictures. Since I took so many photos of Sweepstakes last year, I thought I’d mix it up with a video. Go on over and watch it.

So this year I wanted to focus on the Mobot Race. Unfortunately I didn’t get there early enough to get a good spot since the Buggy races were delayed due to injuries (yikes!). When I did make my way over to the race, I was greeted by this friendly robot. 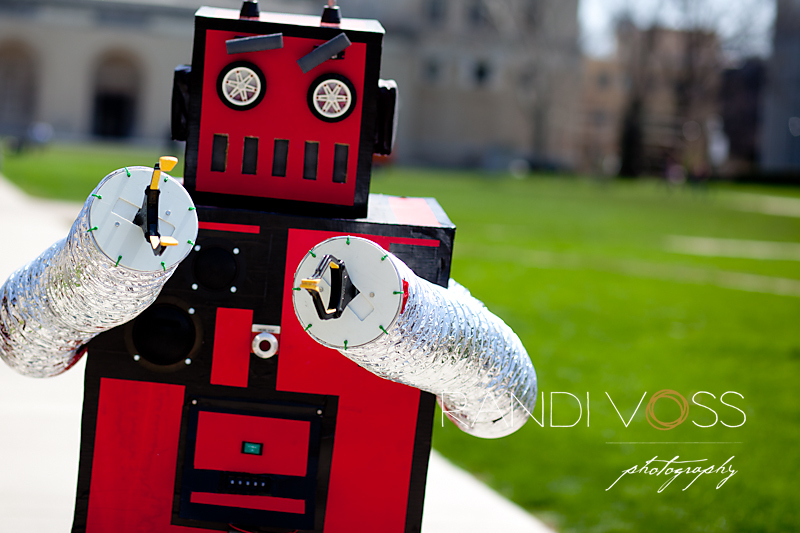 Each contestant poses with their small robot (smaller than a shoebox) before taking to the course. Many of the Mobots were powered/controlled by Android Smartphones. 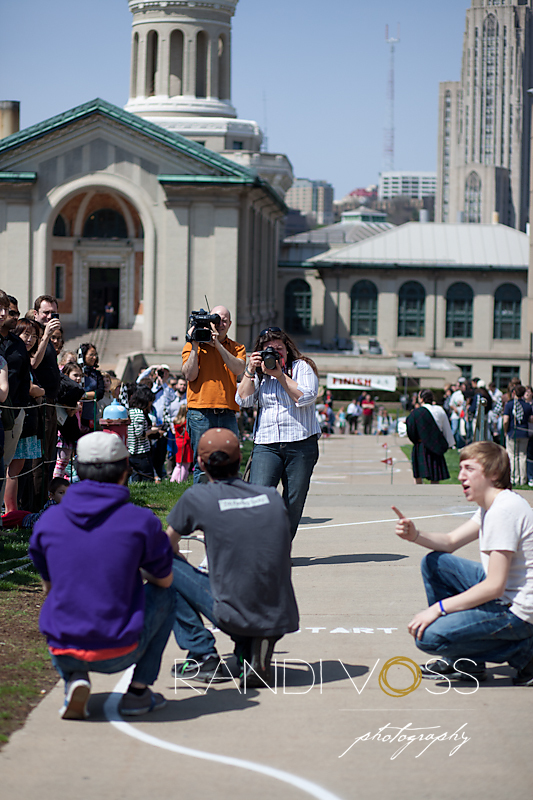 On Friday evening, Ryan and I returned to Midway to check out this year’s Booths. The theme was “When I was Your Age.” Ryan spotted this banana stand…”there’s money in the banana stand.” (Joke for fans of Arrested Development) 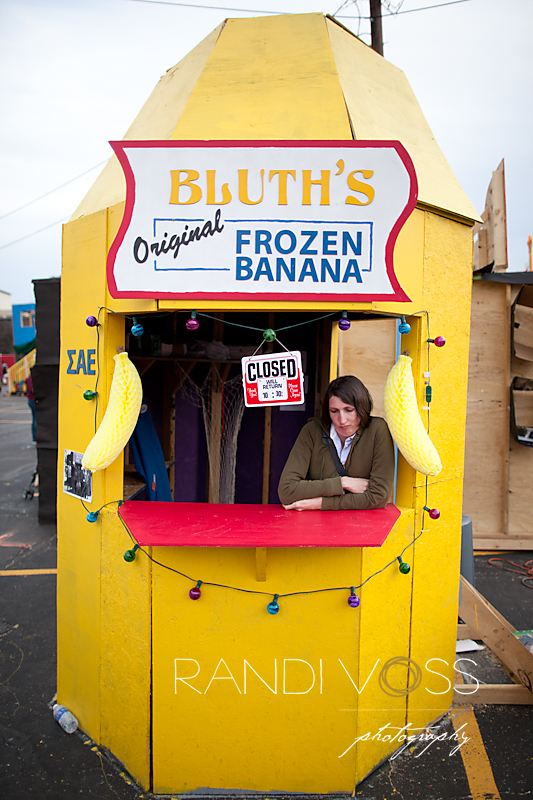 There were aprons and a permit inside. Was SAE really selling frozen bananas?

At night, out came my Diana Lens for some Lo Fi photography. Nothing like using a cheap plastic lens for dreamy nighttime photos.

Using bollards and parked cars as a camera stabilizer for these long exposures.

And back to real glass….This would have been my favorite booth if I were a child. Boxes were so much more fun than the toys inside.

Students pass Go and collect $200? Maybe I should have gone into this booth….

See you next year, Carnival!