This year’s Turkey Bowl was awesome! This is the third year for the event and the best yet.  Flag (aka tube sock) football played on a 40-yard long field (often crooked) on Thanksgiving morning.  Each team has a QB or sometimes the two teams share a quarterback.  Only one running play is allowed per set of downs.  There is one “first down” progression and everyone is a receiver.  Sometimes there is a huddle, but no set plays, really.  Pretty much the best way to play football.

Here is event organizer ( and best sister ever, Nicki) modeling this year’s shirts. 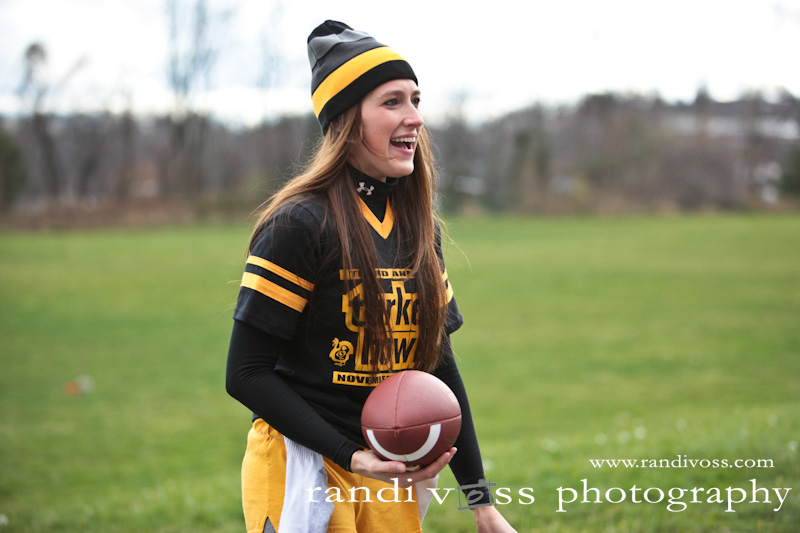 The black team waiting to play.  A fierce bunch.  Uncle Ray (not my uncle) and I are the only ones wearing jeans.  You can do that when you’re confident on your skills. 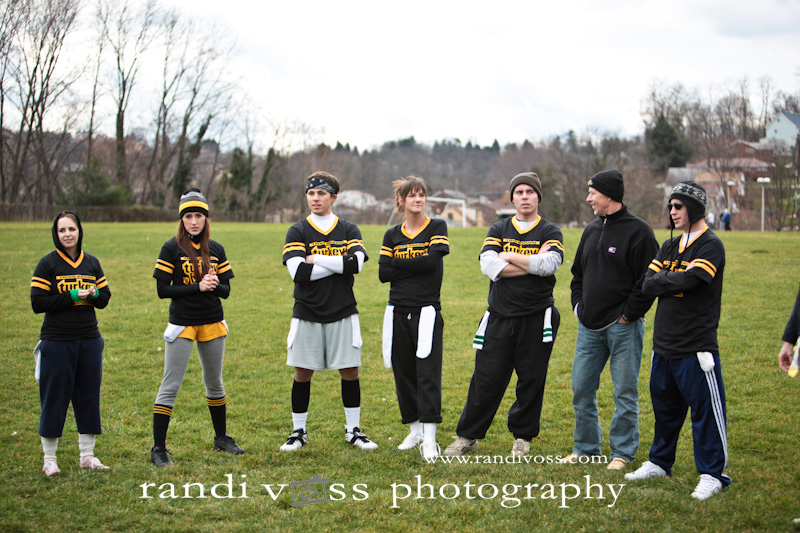 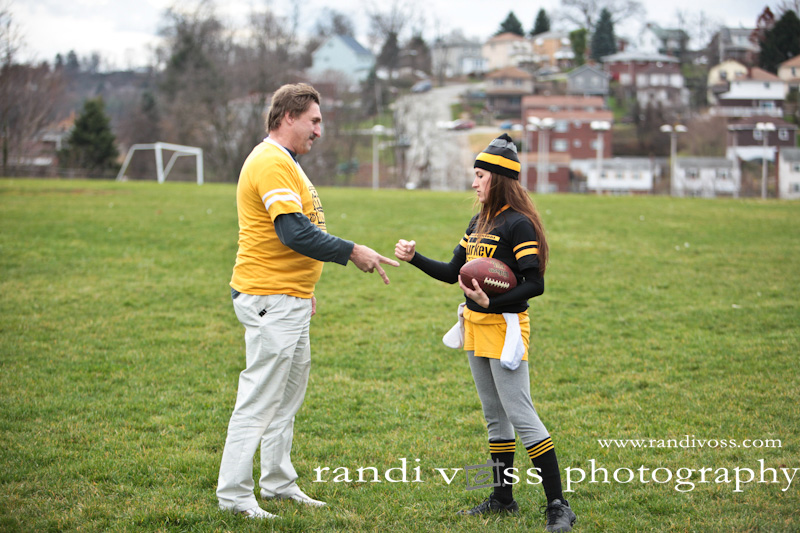 Nicki with the reception and Laura on the ground behind her.

Touchdown for the black team.

My cousin Josh being pursued by Michael.

Michael and Erin.  These two are getting married on Saturday!  I think that Turkey Bowl is a great way to kick off your wedding weekend.

Here is me catching a pass!  I had to pull it down off of my shoulder to get the first down.  My face is intense.

Intensity runs in the family.

Seems like the Fetsko boys always had the ball.  Everyone is having a great time.

Sweet Dee making a run for it.  You can see more of her (and a lot of this crowd from this year’s Bunny Bowl).

Bridget rushing.  Good job picking up yards after the catch.

The turnout for this year’s game was huge!  We had to make the field wider, but it was worth it.  If you were lucky enough to play, check your facebook inbox or email me for a special link to a slideshow.

I didn’t get to catch 100 touchdowns, but I had a great time.

Thanks, Nicki, for planning such a great event!