In May, I found out I was going to be an Aunt for the first time.  I was very happy and called my sister to tell her.  I said “Guess who is going to be an Aunt?” She said “Me?” Whoops!!  I said, “No, me!”  I’ll be more mindful of these statements in the future.  Ryan’s oldest brother, Chris, and his wife, Ana were expecting their son on December 19th.

Ryan and I traveled to Minnesota for the holidays with plans to leave on 12/27.  Surely we would see this baby by then.  But, No.  The baby had other plans.  Ben Voss arrived on 12/27 at 7:10am. Ryan and I are staying a few more days here in this frozen state.  We met Ben when he was just 11 hours old. 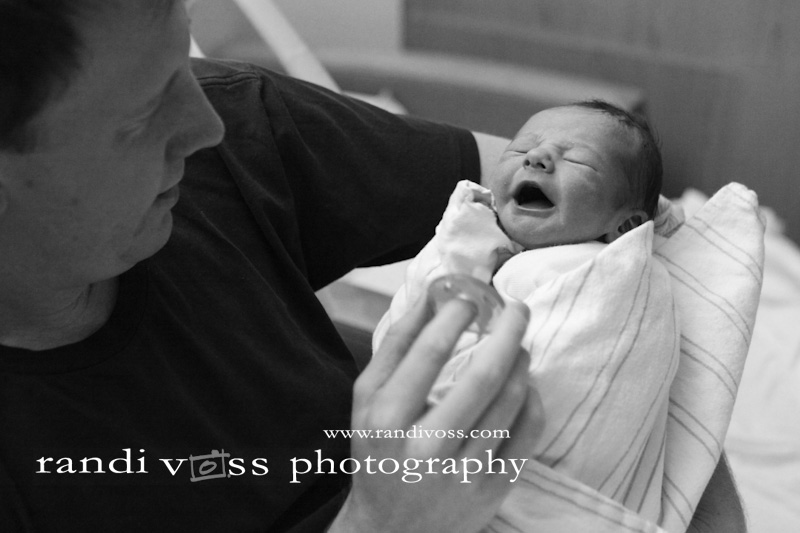 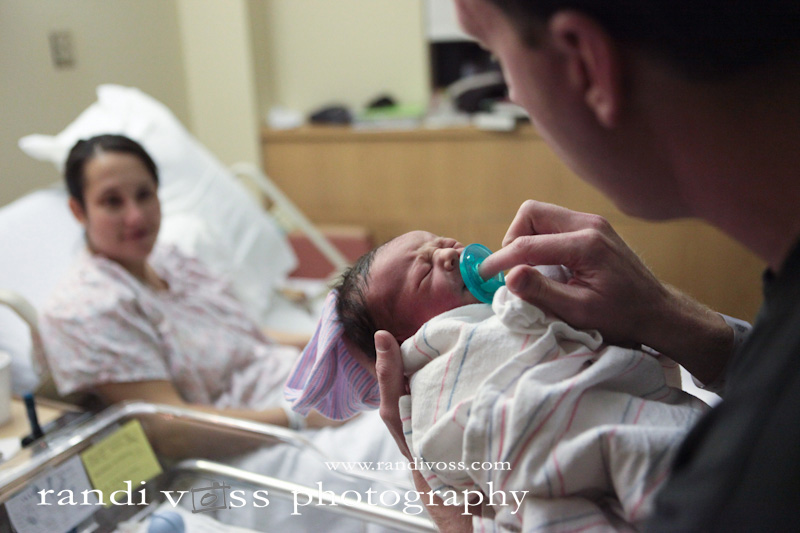 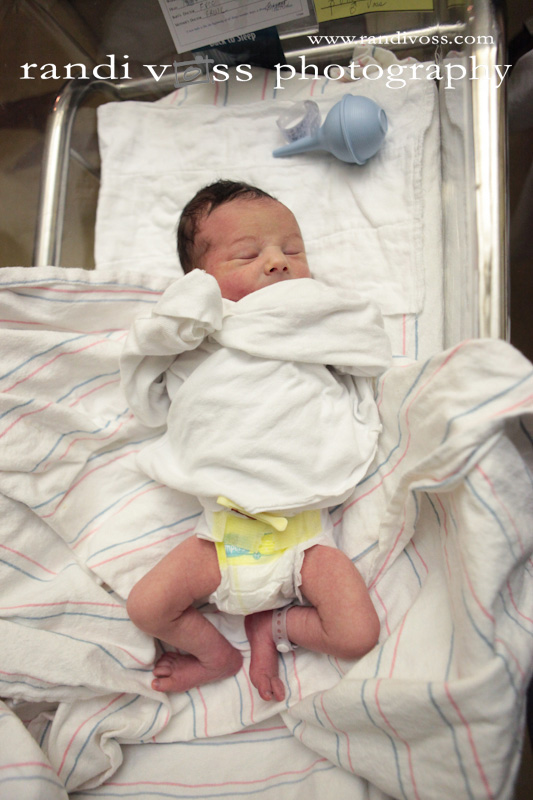 Life is hard when breathing is a new concept.

This baby has some long toes.  I can definitely appreciate it since I’ve heard I was the same in the toe dept.

Ryan and I visited again in the hospital on 12/28, Ben being just 30 hours old.  This time, it was daylight so I was spoiled with some natural light.

Ben just opened his eyes, so I took about a million pictures trying to catch it.

His eyes are opened a bit, and the tongue hanging out.

Happy mom in the background.

Finally, eyes open!  Ben’s eyes are blue and he has a TON of hair.

Ben and Ana.  I really like the squished face in the photo on the right.

Ben had his eyes open for a long time.  I think I took about 90 photos of the eyes open, just enough.

I’m so happy to have such a healthy nephew.  Congratulations, Chris and Ana!