Oh facebook.  How I love/hate you.  So often you are wasting my time.  But other times you are helping me share my photography with the world, and more importantly, helping great people find me.  Thankfully, the latter is true for Jess and Jason, who found me after seeing Shannon and Derek’s Engagement Photos posted on facebook.

Fast forward to…now, time for their engagement photos.  I really love when couples choose a place that is significant to them for their photos.  Since Jason proposed to Jess in Niagara Falls, Canada, we knew that a waterfall was the perfect place for them.

We all drove to Ohiopyle on a Monday night for this unique photo shoot.  It was just after 6pm when we arrived and it was very dark in the Cucumber Falls area.  Thankfully, I brought my own lighting since the sun wasn’t very helpful.  Look at how cute they are. 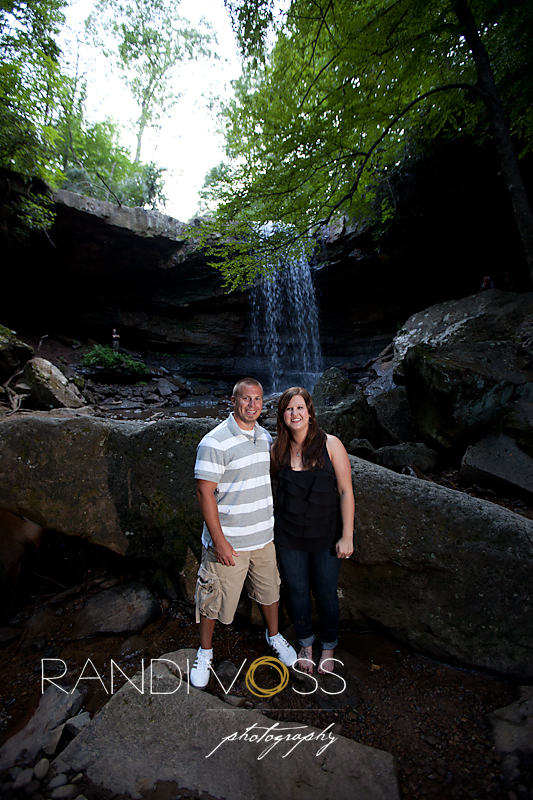 I don’t think I prepared then enough for the climbing/hiking that we were doing during this shoot.  Jess and Jason were so willing to do whatever I wanted (wow!), and they definitely have some very unique photos as a result. 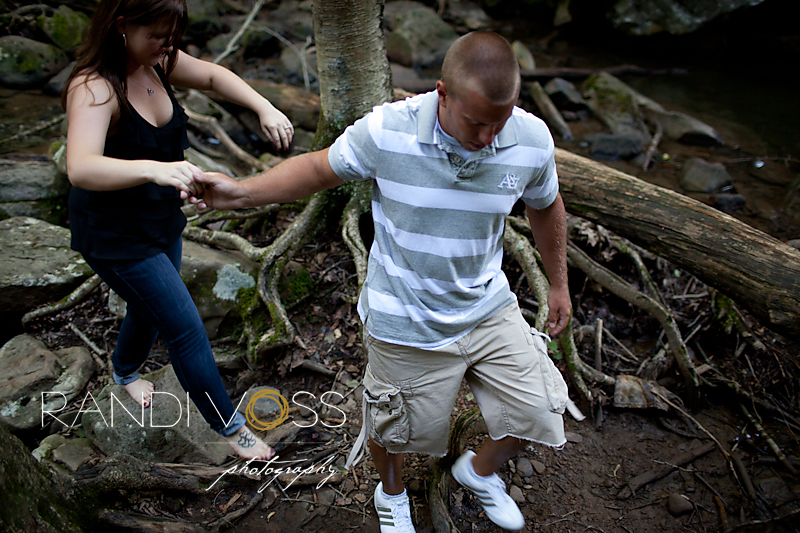 One of my favorites of them playing near the waterfall. 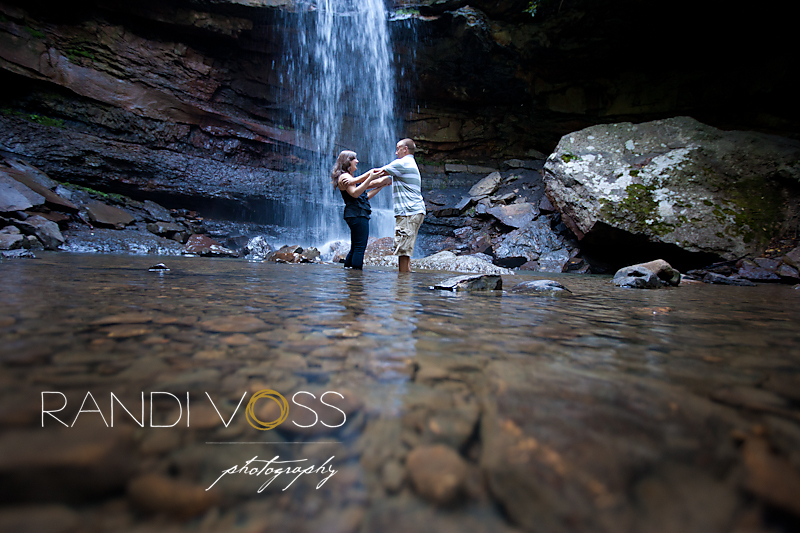 Look at that hair!  Photo by Ryan, who was nice enough to join me for the car ride and photo shoot.

Did I mention that the waterfall was the FIRST stop on our photo-making journey?

Thankfully, Ryan came on this shoot with me and was so helpful carrying equipment and doing some shooting too.  Here I am looking like a German Backpacker, complete with waterproof hiking boots.  Jess and Jason, I promise not to wear this to your wedding.

We were able to catch a bit of sunlight, even though we were in a valley.

They said that they got engaged on a platform overlooking a waterfall–just like this one.    Awwww.

During the shoot, Jason mentioned that I looked familiar, and that he played in the 2009 Turkey Bowl.  You’ll see him with blue socks and shorts and a hat.  I’ll miss the Bowl this year since I’ll be in Minnesota visiting Ryan’s family.  Enough about me.  Jess and Jason, you look fantastic!!

Congratulations, Jess and Jason on your June 2011 wedding!