Erica and Matt met at a Halloween party.  Erica was dressed as a catholic school girl and Matt was dressed as Manny Ramirez.  She claims that the first time they met, she really didn’t know what he looked like.  But they know each other very well now and are engaged to be married in July of 2011.

We met in the Strip District for their engagement photos on a slightly rainy, very typical November afternoon in Pittsburgh.  Erica and Matt are so cute together–they don’t need much encouragement to make some adorable engagement photos.  Which is good, because I had no voice.  Nicki came along with me for this shoot since I had lost my voice due to a recent cold. 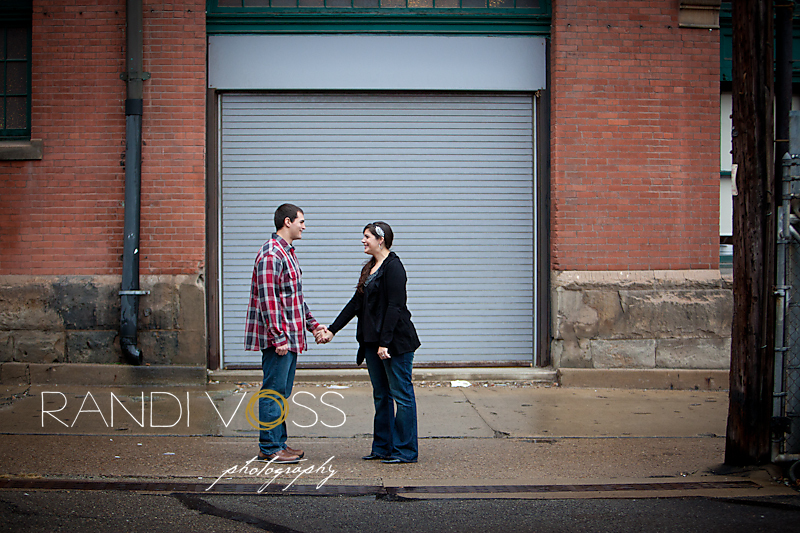 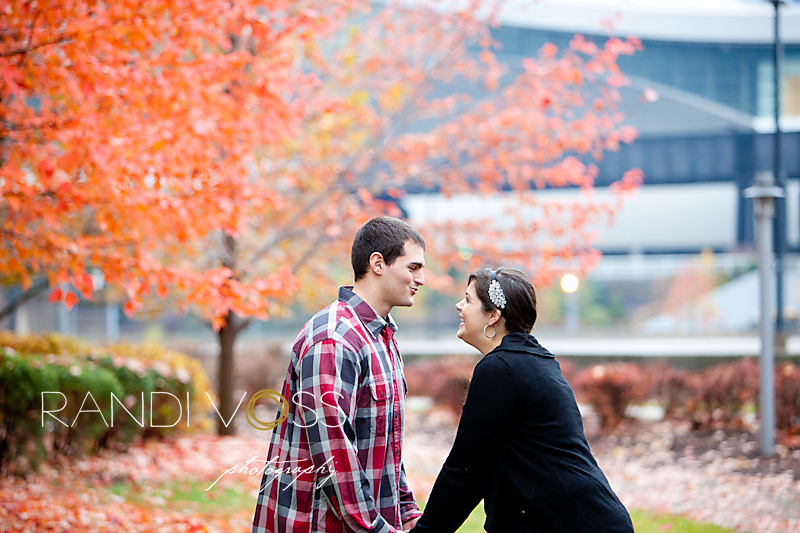 My new favorite way to shoot under a tree when the ground is wet.

Then we drove further away from the city for some shots on the railroad tracks.

Congratulations, Erica and Matt!  I’m excited for your wedding at Heinz History Center next July.