Holly and Nick went to the same high school, but never spoke to each other.  They met (or re-met?) at a casual high school reunion on the day after Christmas.  They caught up with old friends, and then the two of them shared a conversation until 5 a.m. the next day.  They obviously liked each other enough to meet up again and share their first kiss a couple of days into the New Year.

If you haven’t noticed already, this couple has a lot of significant relationship milestones around Christmas.  Then there is the obvious fact that her name is Holly and his name is Nick (short for Nicholas).  Their birthstones are red and green.  How appropriate to have a wedding on the day after Christmas!

I was a little surprised to get a request for wedding photography just before Thanksgiving for a wedding scheduled for the day after Christmas–of the same year.  Most years, Ryan and I travel to Minnesota to spend Christmas with his family, but since we were planning to be in Pittsburgh for Christmas, I responded to the request.  Holly told me that they were planning to get married, and then pushed up their date due to Nick’s military training schedule.

Holly and I met to plan out her wedding photography, and for a woman putting together a wedding in less than six weeks, I was super impressed with her organization and forethought.  She showed me a photo of her dress that she had on her cell phone–and I was speechless.  I didn’t realize it until I looked up to see horror on her face (as if I didn’t like her dress or something) but I was so shocked because I had worn the same dress!!  So of course I loved her dress because I chose the same one.  We wore the same dress, share the same wedding ceremony venue, and LOVE photography.  What a great way to end my 2010 wedding season! 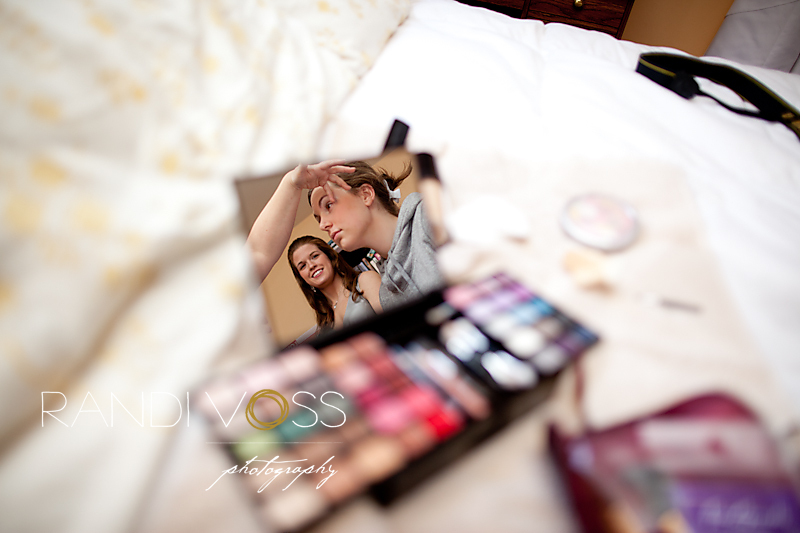 Holly has a fantastic collection (yes, I’m a little jealous) of old film cameras. I thought they would make a great backdrop to hold some of her wedding jewelery and veil. 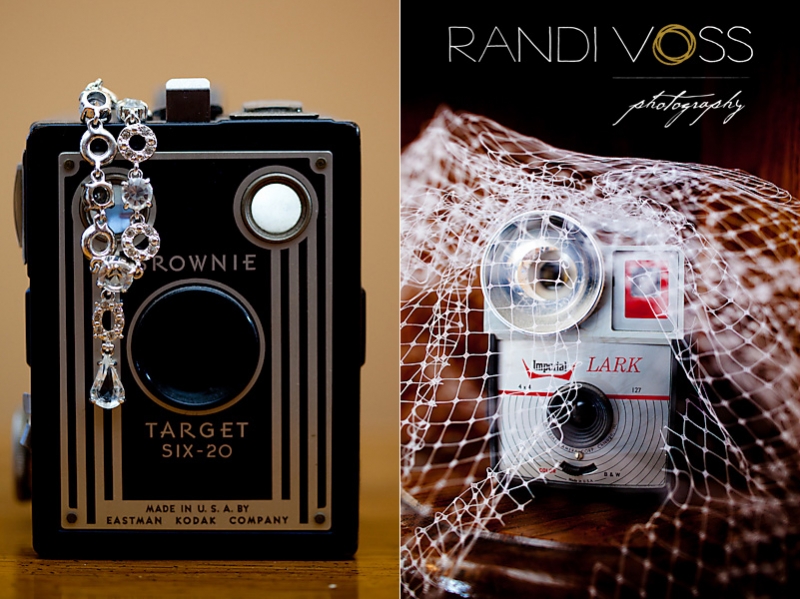 Holly’s dad behind the camera 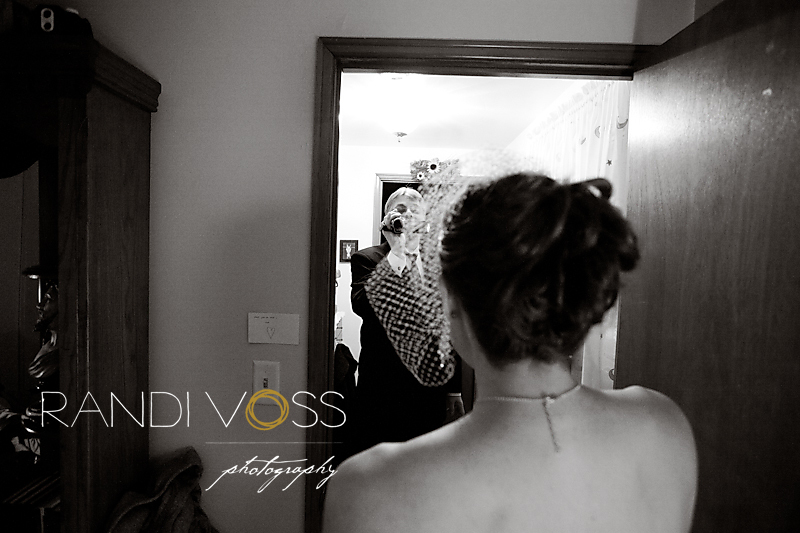 Their ceremony was held at Phipps Conservatory in the Broderie Room. Decorated for Christmas, lit with candles.

Since Nick is in the military, he and Holly write a lot of letters to each other.  During the ceremony, they each read a letter they had written.  Below, Holly is holding it together while Nick reads his letter to her.

Keeping in the letter writing spirit, their rings were stored in one of their favorite books–Pride and Prejudice.

After the ceremony, they shared a few moments together before being swarmed by wedding guests.  Photo by Ryan.

Nick’s parents hosted a reception for the wedding guests, complete with five toasts and a cake cutting ceremony.

Holly gets a hug from her little brother.