Anna and Ben met in college at Carnegie Mellon. Their first date was at a Pittsburgh Steelers Game. While they’ve been together for a few years while living in Pittsburgh, their relationship is about to go long distance as they separate for graduate school this fall. During one of the few moments they were in town, I met them for their engagement session at their alma mater. First stop for their engagement photo shoot was the Mellon Institute. 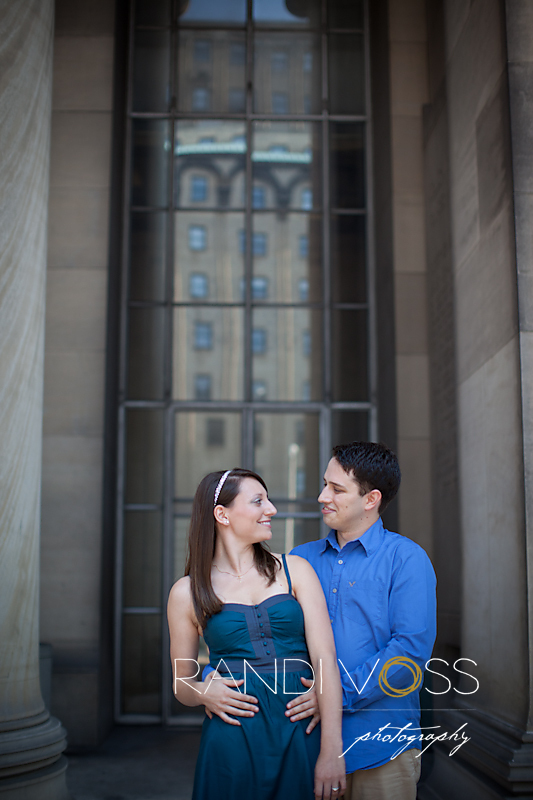 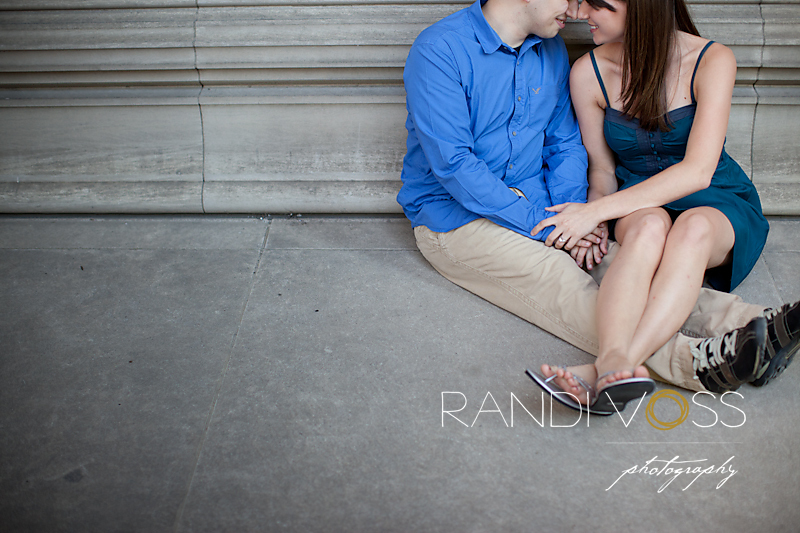 I noticed this pattern of window light reflected on the Mellon Institute when I was at Carnegie Mellon, in 2001. I don’t know why it took me 10 years to photograph it. 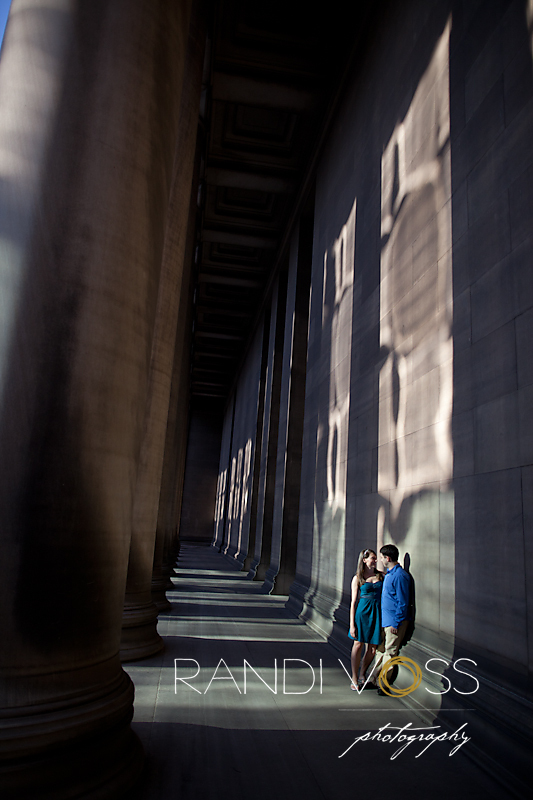 Being former CMU students and having connections, we were once again admitted to the Mudge Courtyard.

Congratulations Anna and Ben! And good luck in graduate school!