Barbie and Chuck’s Engagement Session with the Pittsburgh City Skyline

Barbie and Chuck have a unique engagement story.  They had talked about getting married for a while and Chuck had secretly bought a ring.  One evening, Barbie was sitting on the couch with pajamas and wine, studying for an exam.  She jokingly bet Chuck $10 that they would not be getting engaged that night.   A few minutes later, Chuck pulled the coffee table out from under her feet and asked her to get up so that he could proposed.  Though she thought “[he] can’t be serious,” he was.  And she lost the bet.  Chuck has yet to collect his $10.  Barbie, I think it’s time to pay up.

We got together on Monday afternoon for this unseasonably sunny November day here in Pittsburgh.  Barbie loves the Pittsburgh skyline and really wanted to showcase it in their engagement photos.  I couldn’t believe how many unique views we found of the city.  First, classic view of the city from Station Square. 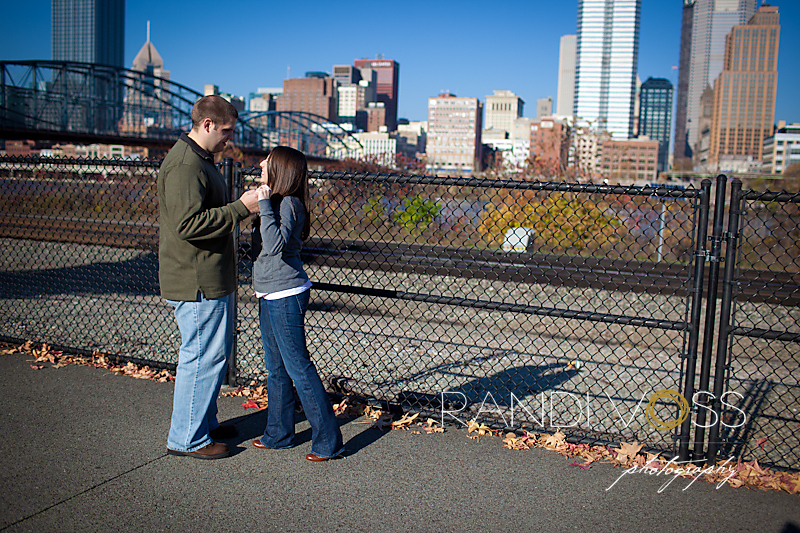 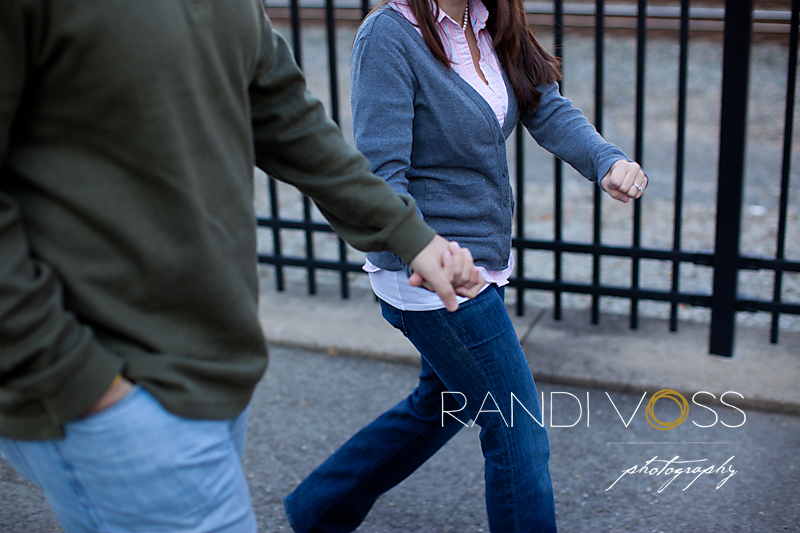 This is cute.  Chuck first took Barbie for a spin when they were walking through a shopping mall.  now they do it all the time while they’re walking. 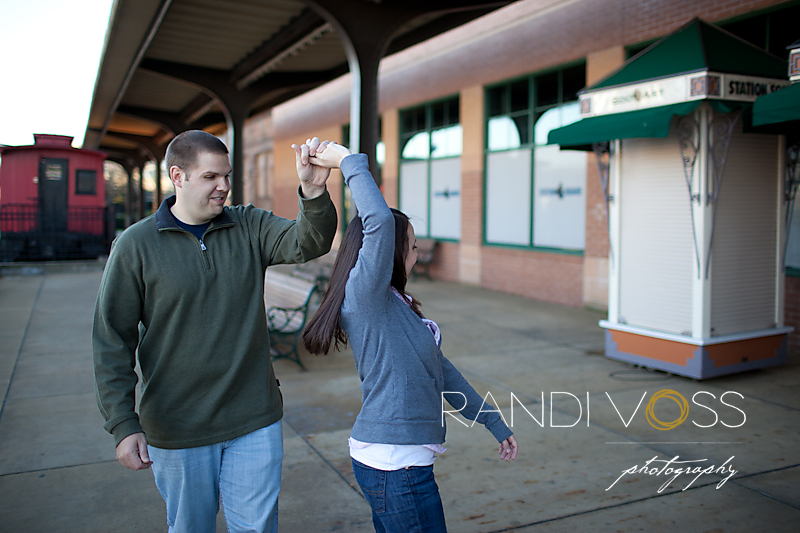 A reflected Pittsburgh in the windows of the Sheraton at Station Square.

And in a mural in the tunnel to the Gateway Clipper.

We rode the incline to the top of Mt. Washington where we found some sunlight.   I love this snuggle/laugh.  There may have been some tickling involved.

Thank you, mr. tree–for having leaves.

Chuck went to Penn State and Barbie to Pitt.  They sort of get along on this issue  (not really).   A view from Mt. Washington

And one more skyline shot!

Congratulations, Barbie and Chuck!  I had such a great time with you both!